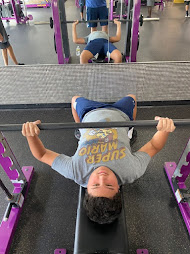 The party ended and everyone was filing out for the night. Beer bottles littered the lawn. Solo cups and liquor bottles were strewn about the end tables and kitchen counter inside the house. Mike was excited things were winding down so he could finally contemplate turning 40 years old. His birthday party was a success. Everyone had a great time. Good food and good music is more than anyone could ask for. Mike began to clean up the mess.

“So much pot smell in the air” Mike said while waving his hand in an attempt to air out the house.

“Well, the good thing is that you’ll be high for a week,” Danny (Mike’s girlfriend) said with a chuckle. “And for God sakes, do that clean up tomorrow.”

“I probably should. But I hate that all this crap is laying around all night,” he said while throwing bottles in a black bag. “I’ll do a little bit..”

“Who’s that?” His wife asked cutting Mike off mid-sentence.

“There is a guy sitting in our lawn chair in the backyard. I thought everyone had left.”

Mike placed the bag on the floor and walked towards the sliding glass doors while peering out the window until he got to the point where he could press his face against the glass.

“I don’t recognize him. But really I wouldn’t know. I was so busy. I don’t remember who was here, honestly.

Hey!” Mike shouted through the closed door while pounding his fist on the glass.

“Go over there, chicken.”

“Easy for you to say while laying on the couch,” Mike said frustrated. “The dudes scaring me. He’s either drunk or dead..”

Mike walked out the door and to the edge of the patio concrete before it met the grass.

As he got closer to the figure he could see the persons right leg bouncing up and down. Like a nervous tick

“He’s definitely not high,” he shouted.

Mike reached back to the patio table and grabbed a partially filled red solo cup. He then chucked the cup forward hitting the guy in the back of the head. The liquor showered over the figure.

“You gonna ignore me?! I’ll kick your ass man!”

The unknown person leaned forward. He reached back and feverishly shook the back of his hair. The excessive liquor scattered. Suddenly, his head rolled off his shoulders and fell towards the ground like a bowling ball rolling off a shelf. His head landed on the ground between his feet. The rest of the torso summersaulted forward and rolled about 3 feet away.

“What strain of weed were we smoking!” Mike exclaimed.

The torso placed its appendages firmly in the grass and lifted its torso off the ground. Walking on all 4’s towards his head. The elongated body leaned downward and dipped the pectoral chest forward to scooped up its head. A long broad like muscle in the formation of a strap reaches down like a chinstrap from the skull. The fleshy muscle head extended down into the clavicle and chest grasping firmly onto the body. The carotid arteries shot out like a runway fire hose spurting blood all over the place until it plunged down into the chest cavity attaching itself to the heart. Throat and esophagus structure began to grow from the hole where the head would sit and build its self into the nasal and lower jaw regions. Muscle fibers intertwined and slow build over the cranium and face structure. The head was reattached. Skin stretched from the body and shrank wrapped over the head. Fire burned holes out in the eye sockets, nasal passage and mouth and holes appears they were quickly filled with eyes, tongue and teeth. The beast has risen.

Mike was speechless. He could not, would not, and did not, believe what he was seeing was actually happening. He stumbled backwards and tripped on the patio chair.  He fell backward violently and broke his left wrist when he fell awkwardly into the ground.

“Ugh!” He screamed in pain.

The figure placed the palms of its hands firmly on the ground and pushed its toros up and its legs slowly reaches upwards until he was at a full handstand. This lasted for about 20 seconds until his legs collapsed onto each other transferring to the ground. As this was happening his arms left the ground and went up in the opposite direction until he was standing in the proper position. It was the craziest thing ever.

The beasts demeanor was wretched. His eyes wicked. A high pitched sound emanates from his mouth. By this time Danny was standing up in the living room. She witnessed everything train. She turned and went running while screaming through the house and out the front door.

Mike got to his feet and turned back but there the beast was. Right before him. Mike was cornered. Too scared to run. Confrontation was his only option.

But what was this? Why now? Where did this thing, come from and why of all nights did it decide to come out now on his birthday?

“What are you?” Michael demanded an answer before he was dead.

The beast reached out and trapped the brown wrist. Mike trembled. The beast gently grasped his limp hand and raised his arm placing the broken wrist against his chest.

“You forgot Michael. The deal we made for you life? It’s time to pay up.”

“What deal? What are you talking about?”

Mike was flustered. He racked his brain trying to recall this deal he made. He’s not rich. Not talented. Nothing special that he can figure he has gained over the last few years that would warrant a so called payback.

“No, this is the spot. The place we made the deal. You know I was coming for you. Do you think I would just kill you? Take a life without rhyme or reason.”

“I’m a good person. I don’t do bad deeds. I beg of you, rethink your motive. Revisit and recollect whom you truly want. It’s not me. Not now.” Mike pleaded

“Oh but this is the right place. The right time. And the right moment. I don’t ever forget a soul. Especially a soul a person freely gives up. You’re such a fool. But most humans are.”

“Please, I’ll do anything. What more do you want from me? This can’t be the be all that ends all!”

“So greedy. So naive. Normally you’d be dead with one touch but I’m rather enjoying this begging. It is giving me such pleasure.

Michael closed his eyes preparing for the worst. He wanted this to end. He resigned to his fate that he was going to die but he wanted it to happen now. No more torture.

Memories of his life began to scan through his mind as quickly as a person scrolled through their phone. Being picked up and tossed by his dad. His mom kissing him good night. His brother tackling him the front yard while they played a quick game of football. His prom night and college years. The late night office work and beers with his friends. Meeting Danielle, who he affectionately called Danny. She was the love of his life. He remembered their wedding. The honeymoon in Hawaii. The trips over the world. The good times and the bad times. The miscarriages and loss of the one thing they truly wanted, a baby.

They had a wicked argument. Danny was upset. They lost another invitro baby.

“I’m through. I’m through!” She yelled during a fight in the kitchen. “My body. My mind. I can’t do this anymore. I’m drained. Face it Michael. We won’t have a baby!”

When she left the room Michael poured some whiskey in a glass. Shot it quickly. Took another and another- another. He stumbled out the glass doors and into the backyard. He had the whiskey bottle in his hand and yelled at the sky. “I’ll do anything. Anything. Give her a baby!” He threw the bottle up in the air. It went straight up and fell straight back down crashing over Michael’s head knocking him out cold. The beast was there. Asking him if he meant what he said that he’d do anything “anything for a baby.” Michael said yes and sold his soul. Michael realized he had made the deal.

“I knew that moment would come back to you,” the beast said with a reassuring voice.

“Collect it- collect my soul and let them live,” Michael cried.

“Or you cold.  Well, never mind Michael, prepare to die.”

“Give me the baby’s soul so that I can live on within your world. A spawn. So I can come back to the living. And you Michael. You will be my father. You will rule until I can take over. But you will raise me with beloved, Danny.”

The beast let go and Michael fell to the ground. Michael screamed in pain and looked at his left wrist. It started to heal. His flesh and bone returned to normal. Michael rose up to his knees.

The beast reached out his hand.

Michael stared at him. He bowed his head and reached out his hand in agreement. 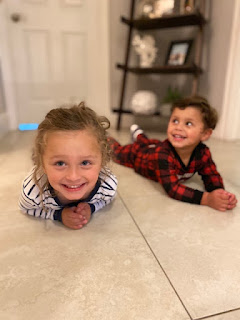